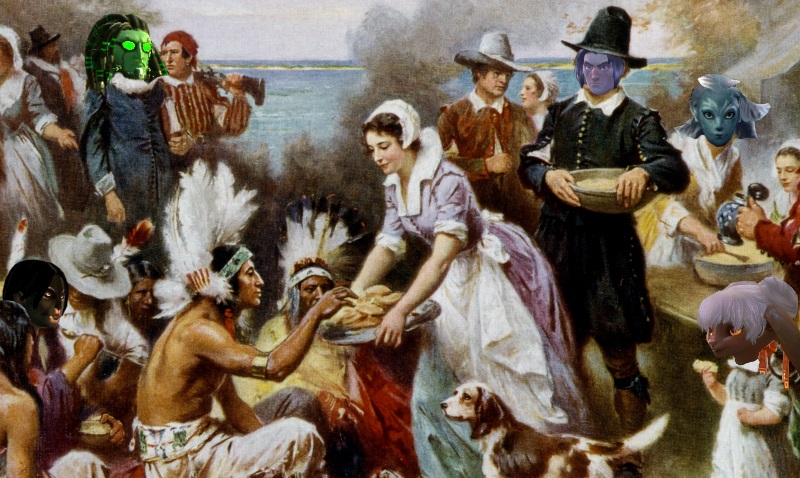 As we sit down at the table with friends and family to eat far too much food and try to ignore the annoying football fans and black Friday shoppers, there’s one thing I’m thankful for, but I won’t be listing it during family time because it would confuse Grandma: The MMORPG.

I’ve been playing MMOs since my parents finally upgraded from dial-up to DSL in early 2005. In those nearly eleven years, I’ve spent a lot of time (and money) playing video games, but no genre has given me anywhere near the entertainment value that MMOs have. I’ve spent countless hours across games with a variety of settings, world sizes, and most of them didn’t even cost me money to start. In these virtual worlds I’ve made friends, battled trolls (of both the NPC and Human variety), been a part of communities of every possible size and configuration, and, in short, felt a part of something bigger than myself. Games like StarCraft II and Mass Effect have given me great entertainment value lately, but non-MMO games just don’t give the same feeling of satisfaction at the end of the day.

While we’re at it, let’s remember to be thankful for the wonderful support and development teams that keep these games humming along day after day with surprisingly little interruption. I can say from personal experience that IT can be a high stress job, and game development is one of the highest stress IT jobs out there without the added burden of millions of players expecting everything to run smoothly 24-7. From what I’ve heard, most (if not all) of them could get easier, better paying jobs doing the same thing in another environment, but many of them stay in gaming because they love being part of gaming culture.